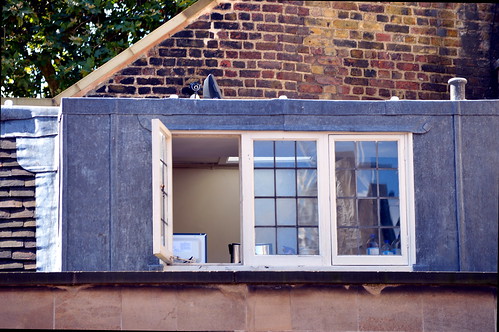 Back in the 1960s, steel windows started to become less popular following their initial surge in the ‘30s. Partly because of a general lack of thermal efficiency in the original versions, steel windows’ demise was at least partially constructed because it conducted cold from both sides of the glass extremely well– too well, as many people in cold-weathered areas would probably say.

Now, though, steel windows have regained their rightful place at the top of the window totem pole, as improved materials, designs, and finishes leave these windows well-deserved rulers of the window world.

Also, the numerous improvements made to the metal framework’s finishes have breathed a breath of fresh air into these once-failing window variations. Practically unlimited color options allow designers to create gorgeous window walls.

A staple of these window styles is the small amount of framing material required for its structural integrity. Many wooden frames on glass doors are significantly bigger, which greatly increase the door’s visual weight. On the other hand, steel frames are typically extremely light and also thin because of the material’s improved strength.

These steel frames’ thin bodies allow them to be simple, two-dimensional grids, engaging in a nearly-painterly effect. A view outside becomes flattened, much like certain modern paintings. Instead of a heavy beam or large header expected to support the door, all you need is a small line of steel!

Much like in many awesome 19th- and early-20th-century industrial buildings, glazing systems of the steel-framed varieties can apply an industrial appearance when used from the floor to the ceiling.

Although these systems can be traced back to the industrial age and clearly offer a similar industrial aesthetic, that doesn’t mean they can’t still be used in your traditional-style house. These steel-framed glazing systems can actually be the yin to your traditional interior’s yang, helping to enrich its appearance– as well as that of your entire home.

Such steel frames are normally situated in open corners so sheets of glass can help create open corner windows. The fact that these thin lines of steel need such minimal framework– which creates a simple screen between the inside and outside– is reason enough to invest in the window rulers for the long haul.